Saurabh Tewari's next on Sony TV

Savita, Shishir and Ashlesha roped in for Saurabh Tewari's next on Sony TV

We hope our readers had a fabulous Dussehra!! And as always, we are back to business right here at Tellychakkar.com with exclusive stories from the small screen space. So sit back and have a pleasant read…

We start the day with Saurabh Tewari’s upcoming show for Sony Entertainment Television. For the uninitiated, we have already reported exclusively about Mohit Sehgal and Roshni Sahuta playing the lead faces in this untitled show with a Marathi backdrop.

We now hear that the maker and channel have roped in seasoned and experienced actors Shishir Sharma and Savita Prabhune for the project. Shishir Sharma was on a hiatus from television, and was last seen in Yahaan Main Ghar Ghar Kheli. Prabhune played Aayi to Archana in the long-running
Balaji Telefilms show Pavitra Rishta for five years.

A reliable source states, “Shishir Sharma has been roped in to play father to the female lead in the upcoming Sony TV show. Prabhune will play mother to the male lead, Mohit Sehgal.”

Also, talented and beautiful actress Ashlesha Sawant who began her career with Balaji Telefilms’ Kyunki Saas Bhi Kabhi Bahu Thi has been roped in for an important role. She will play the elder sister of Mohit Sehgal, as per sources.

When contacted, Shishir confirmed the news stating, “Yes, I am supposed to play the father figure in the upcoming show. However, things are still at the nascent stage and I will like to talk on it at the right time.”

We could not reach out to Savita, as she was busy.

When buzzed, Ashlesha who has been part of shows like Kammal, Kahiin Toh Hoga, Saat Phere, Pavitra Rishta and continues to be part of Pyaar Ka Dard Hai Meetha Meetha Pyaara Pyaara said, “I wonder how you people get to know things so early. I wish to speak to you at the right time.”

We tried buzzing Producer Saurabh Tewari, but he remained unavailable for a comment.

We contacted a channel spokesperson, but did not receive any revert.

This show, produced by Saurabh Tewari Films for Sony TV will go on floor mid-October. 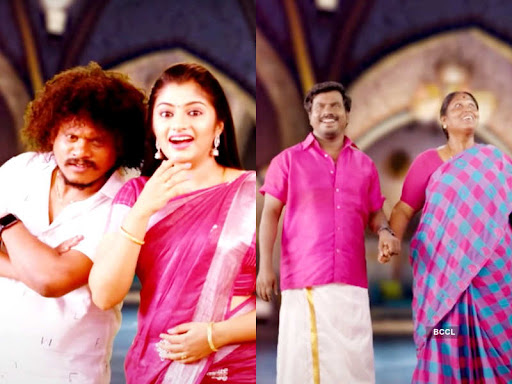 Latest Update: 'Comedy Raja Kalakkal Rani' to premiere on June 27; watch promo About the show: Here’s some good news for lovers of the comedy genre. A new comedy show titled ‘Comedy Raja Kalakkal Rani (CRKR) is all set to entertain the telly audience from June 27. The channel airing the show has confirmed the same with teasers on social media. Star Cast: Cooku with Comalis (CWC) fame Pugazh and Raja Rani 2 actress Archana VJ can be spotted in the first teaser. Yet another promo of the show features Kalakka Povadhu Yaaru (KPY) fame Thangadurai and Deepa of Mr. and Mrs. Chinnathirai 3 and of Cooku with Comalis 2 (CWC 2) fame. The show which is likely to feature Pugazh, Deepa, Thangadurai and many others as well will air on weekends in the afternoon slot.
Read more