Wildcard entrants Sajina and Firoz Khan got expelled from Bigg Boss Malayalam 3 for violating the rules of the show. From making inappropriate statements about women to engaging in ugly fights, the duo has received several warnings from Bigg Boss and host Mohanlal. Here are some of the huge fights during their Bigg Boss stint. 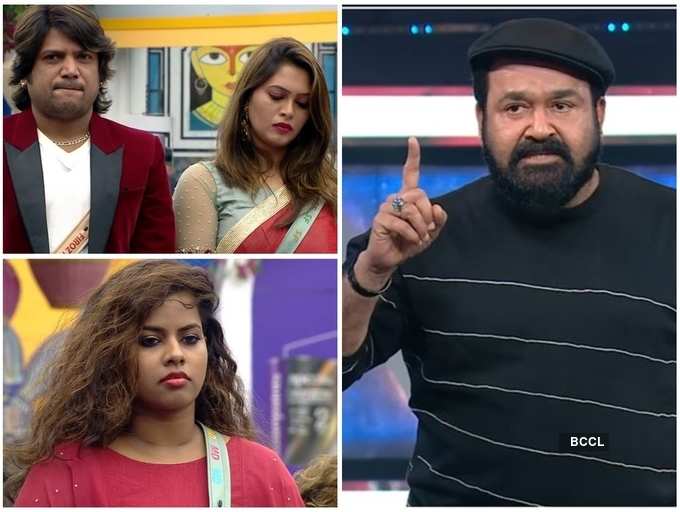 Firoz Khan, Sajina and Michelle got the first warning from host Mohanlal for discussing happenings in the outer world inside the BB house. Mohanlal lashed out at the trio for breaking the rules but gave them an exemption by directly nominating them for eviction. 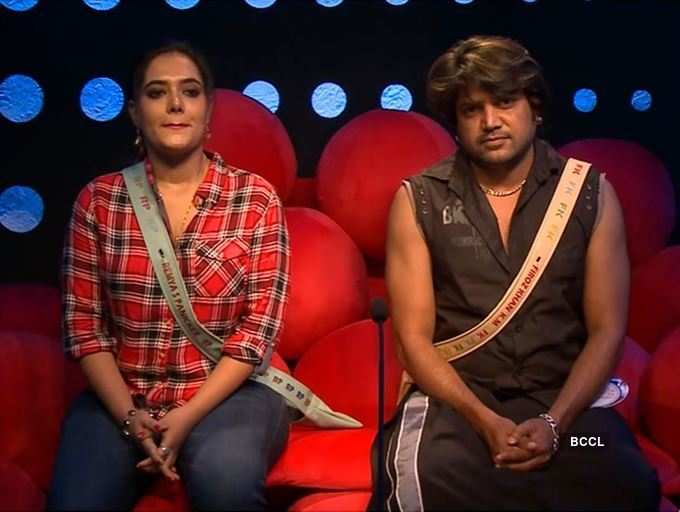 In one of the episodes, Firoz Khan stated that it is disgusting to talk to Remya and added, "I would have smashed your head if that ever touched me." As per Remya's complaint, Bigg Boss called the duo into the confession room and enquired about the issue. Bigg Boss warned Firoz against threatening someone in the house. 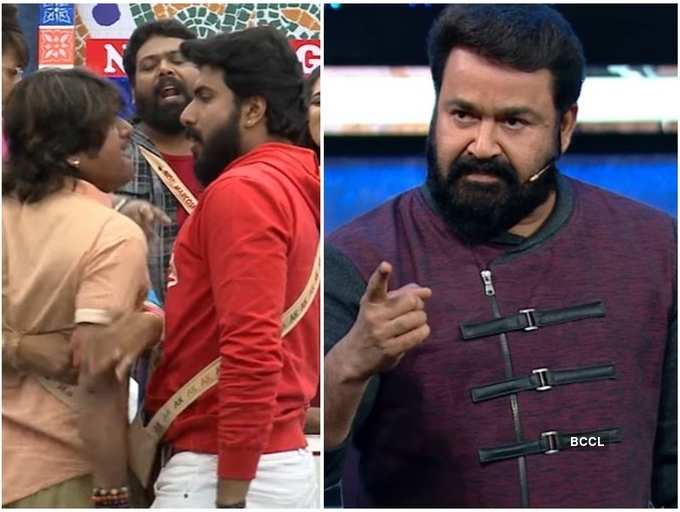 Firoz Khan and Anoop were seen locking horns multiple times. One of the arguments started when Firoz Khan called Anoop a 'double standard person' and 'the silent ****er of the house'. In another weekend episode, they ended up in a huge fight in front of the host and the latter gave them a strict warning. 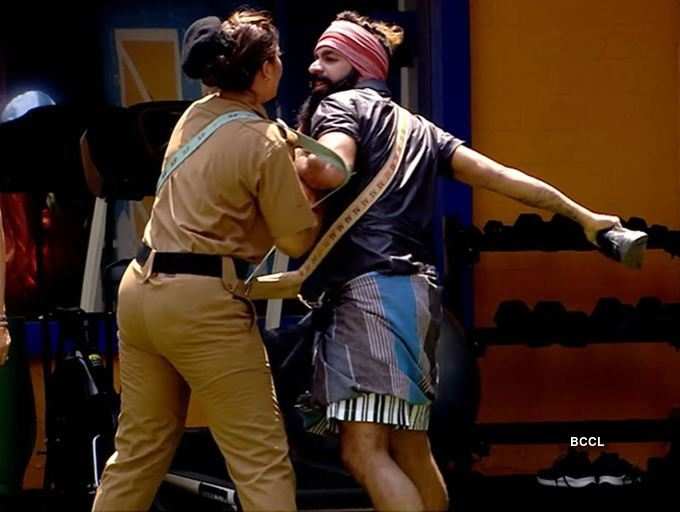 During the weekly task, 'Ponnu Vilayum Mannu', Sajina tried to grab game points from Sai's hand and ended up in a major fight. Sajina alleged that Sai had physically hurt her. On the other hand, Sai defended that he didn't do anything on purpose. However, Bigg Boss terminated the task because of the brawls between the contestants. Kidilam Firoz and Firoz Khan were also seen engaging in verbal spats many times. Firoz Khan was seen provoking Kidilam Firoz calling the latter 'fake'. In one of the recent episodes, they were seen locking horns about household chores. 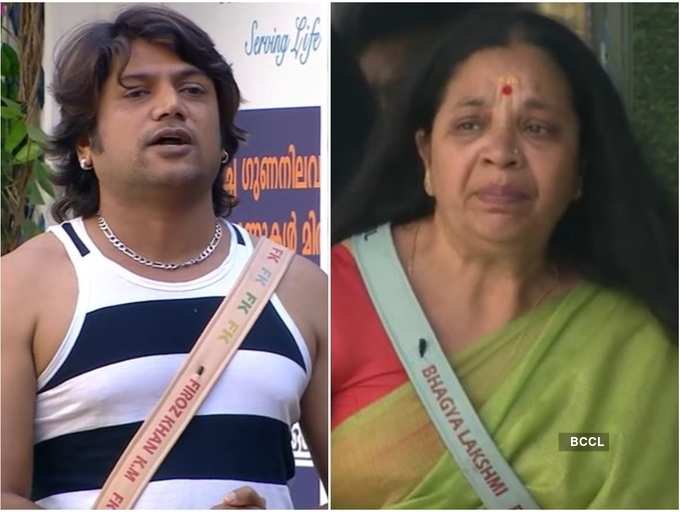 Evicted contestant Bhagyalakshmi was often seen in tears due to the comments from Firoz Khan. Initially, Bhayalakshmi gave a befitting reply to Firoz when he inquired about her personal life. Before her eviction, he was seen making comments that she is playing the emotional card to gain sympathy. 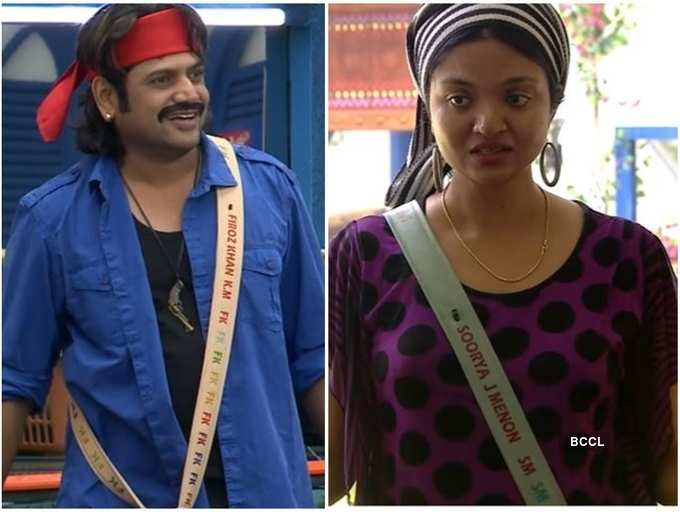 Firoz Khan was seen provoking Soorya with the comment that she is fake. In one of the recent daily tasks, Sajina also accused Surya in front of everyone regarding the same. 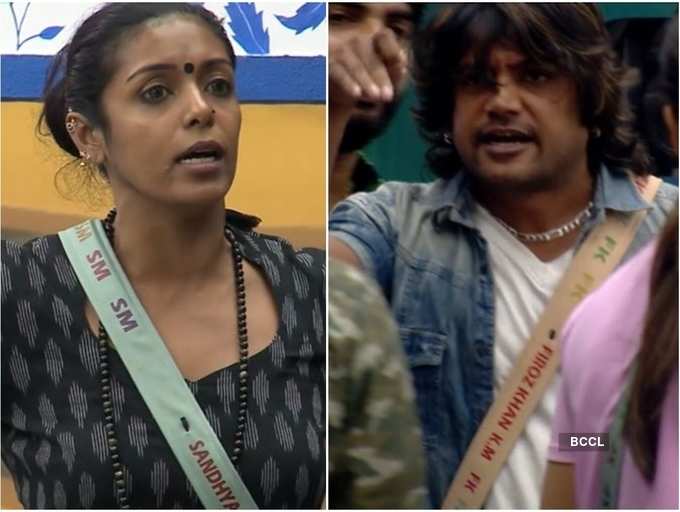 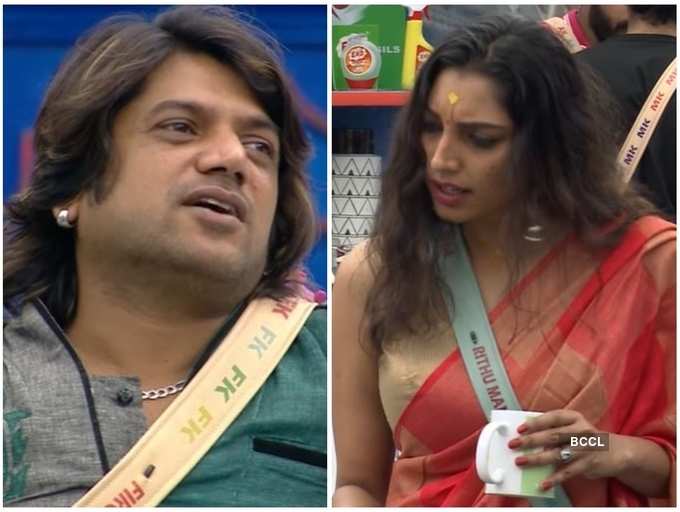 Firoz and Rithu ended up in a serious argument over the former's comment on her career. When Rithu shared about 'shoots' with Noby, Firoz mocked her saying, 'How come you have done shoots? I haven't seen you in any movies!'. In the weekend episode, Rithu was seen complaining against Firoz. 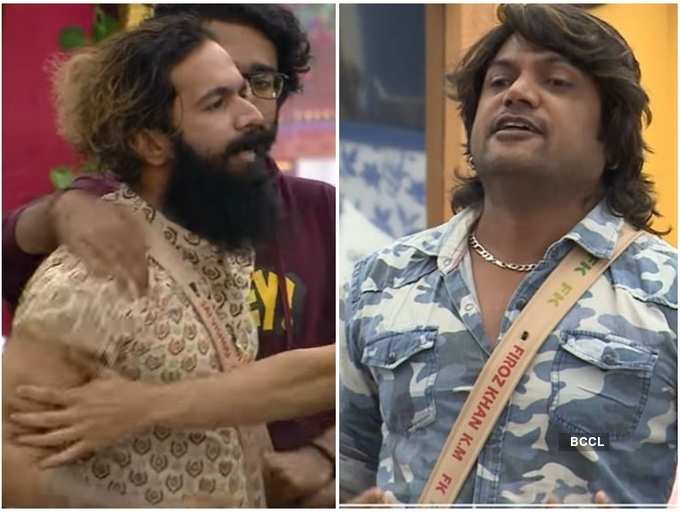 Firoz Khan accused Sai Vishnu of exaggerating his hardships in life which triggered a major fight between the duo. Firoz mocked that someone who eats 20 egg whites didn't have money to buy a Rs 35 lock. Sai shouted that Firoz doesn't have the right to call his life story 'fake'. He also asked Firoz not to play a cheap game. Firoz replied that Sai is getting agitated because he doesn't have any points to prove himself. 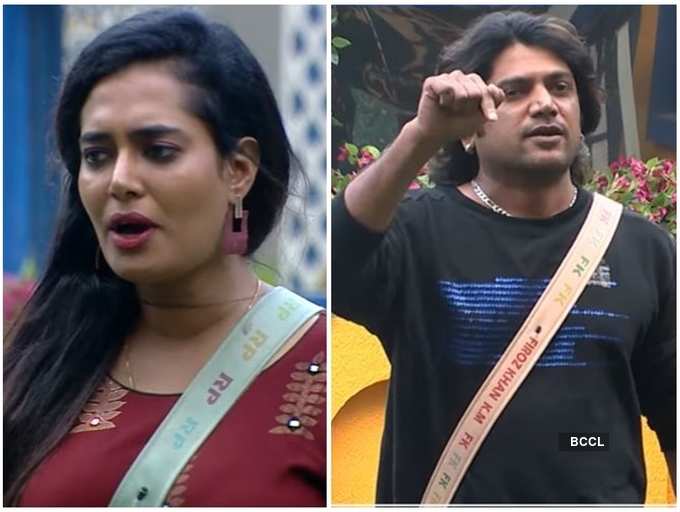 In the recent episode, during the daily task, Remya mentioned Firoz Khan's earlier threat to reveal one of her personal matters. She challenged him to reveal it in front of everyone and said that his blackmailing is making her conscious about her reputation. This created a huge argument and the housemates were seen teaming up against Firoz.