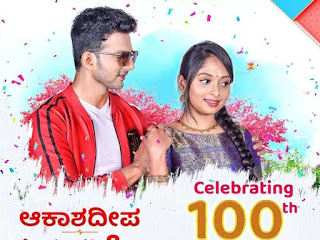 Kannada daily soap Akashadeepa has completed 100 episodes successfully. The daily soap has managed to grab the attention of the telly audiences since its premiere. Akashadeepa has given stiff competition to the other shows ever since its launch; thanks to the interesting storyline and strong performances by the star cast.