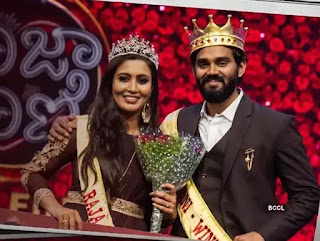 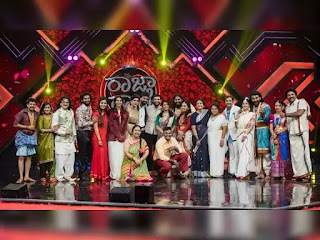 The newly launched couple-based reality show 'Raja Rani' is all set to witness a power-packed episode. The reality show will see the couples participating in the 'filmy romantic' round.

The couples will set the stage on fire with their sizzling chemistry. They will be shaking their legs to romantic numbers in the upcoming episode. The channel airing the show has launched a new promo of the upcoming episodes which has created a buzz among the audience.


The promo is all about the contestants showcasing their chemistry. The judges will declare results on the basis of the chemistry between the couples. They will also consider how compatible the couples are.

Raja Rani' is a game show involving 12 celebrity couples who overcame various hurdles in their marital life. The show will explore the bonding of these couples through various games. The sublime message of the show is 'A perfect marriage is just two imperfect people who refuse to give up on each other.'


The couple-based reality show has a national award-winning actress Tara Anuradha and Srujan Lokesh of Maja Talkies as the judges. Anupama Gowda is hosting the reality show
About the Show, Story of Tamil TV Show 'Raja Rani 2
Star Cast: