Do you have your eyes wide open, reading our exclusive updates for the day? Well, if you have, then you would already be aware of acclaimed Producer Siddharth Malhotra moving out of the Cinevistaas Limited banner, to work on his newly formed production house, Alchemy Productions.

We have also reported about Siddharth working on a new show for Star Plus.

Now, here is the biggie!!

Siddharth Malhotra has roped in his Dill Mill Gayye star, Karan Wahi to play the male lead on the show. Giving him company as the female lead will be Beintehaa fame Preetika Rao. While Preetika Rao was supposed to be part of Radha Krishn on Zee TV, Wahi is seen in & TV’s Kahani Humari... Dil Dosti Deewanepan Ki.

Also making her daily show debut will be Bollywood actress Minissha Lamba. The talented actress’ noted work on the big screen includes movies Yahaan, Zilla Ghaziabad, Bheja Fry 2, Bachna Ae Haseeno, Honeymoon Travels Pvt. Ltd, Corporate. She has earlier featured in Bigg Boss on Colors. Minissha will be the other female lead on the show, is what we hear.

A credible source tells us, “Karan Wahi, Preetika and Minissha are presently shooting for the pilot of the show in Jodhpur. The show will then go through its research process and later will head to the approval stage. In simple words, the show is still at a nascent stage, and there is nothing much to confirm at the moment.”

When contacted, Wahi confirmed his part in the pilot, and indicated to it being a very nascent stage.

We could not get through to Preetika and Minissha.

Our efforts to reach out to the channel spokesperson were in vain.

Does this news excite you? We truly hope this new venture gets the 'green signal' from the channel and comes our way pretty fast... Drop your comments right here.... 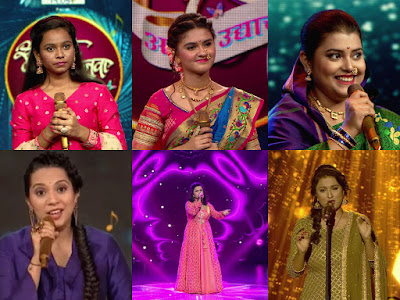 Latest Update: @ https://www.wikinewforum.com/showthread.php?p=550698 Today Episode @ https://www.wikinewforum.com/showthread.php?p=550698 Recently, singer and contestant Malvika Diksh*it got eliminated from the show and the judge of the show Avadhoot Gupte was disappointed with that Avadhoot penned an emotional letter to Malvika Diksh*it on social media by sharing her picture from the stage of Sa Re Ga Ma Pa Li'l Champs. Malvika first appeared in the reality show Sa Re Ga Ma Pa Li'l Champs (2008) and interestingly, Avadhoot Gupte was the judge of that show as well. Goa government yesterday (May 6) cancelled permissions that were given for TV shootings in the wake of rising COVID-19 cases. Marathi TV show producers, who had earlier shifted their shoot locations from Mumbai to Goa due to lockdown in Maharashtra, have no choice left now but to leave Goa too. Recently, Sur Nava Dhyas Nava judge and producer Avadhoot Gupte bid adieu to Goa with the show's entire
Read more 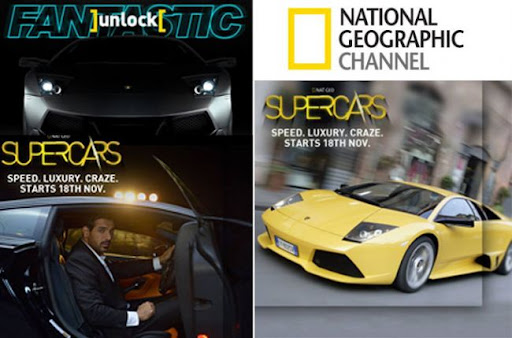 Nat Geo launches Supercars Season 3  Nat Geo’s ‘Supercars’ is a series, based on the world’s most gorgeous & lust-worthy machines that are aesthetically stunning, and boast of sheer engineering genius. In an all new season, the show will give viewers exclusive access into the awe-inspiring world of the most envied cars from the Aston Martin to the Ferrari FF, and what goes into making these marvels tick. For the first time ever, ‘Supercars’ will also feature special episodes from ‘Speedmakers’ - a series that takes a look at what happens off the track & roads, with people who build, innovate & accomplish feats in engineering. This November, National Geographic Channel, gives you the chance to live out your fantasies with ‘ Supercars’ Season-3 , launching on 18 November – Mondays to Fridays at 10 PM. Commenting on the show, motorsport & moto-tech enthusiast, and face of the campaign, John Abrah
Read more