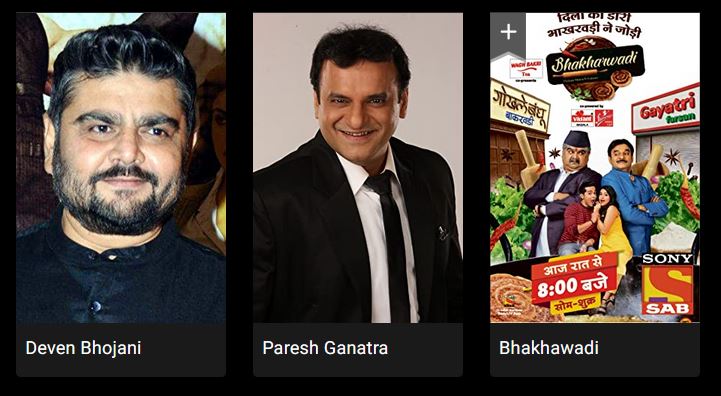 Story, About the Web Series:
SAB TV's one of the popular show, the story of Bhakharwadi revolves around two families that hail from different cultures living in the same city, Pune as neighbors. Both are competitors in business. The former runs an ancestral shop of bhakharwadi and is a follower of norms and traditions while the latter believes in matching steps with time and promotes fusion food. Both of them have sour relations due to their competitive attitude. But what will happen when the children of these two will fall for each other?

TOP 10 Unknown Facts:
TOP 10 Interesting Facts:
Negative Reviews:
This serial is very nice, but when Gayatri didn't care about her parents and husband , I don't like that phase. How can she think about drametic divorce scene while it will be a great shock for a daughter's parents. This is giving a wrong direction to the Indian culture by showing a divorce on such a big level like a celebration. This current episode also spoil the serial image.

Positive Reviews:
I wrote the word "Family" in inverted comma, because this show is watchable with family. after a long time, there is a TV show on Indian television in which no superstations, no family fight, no negative vibes. This show represents two different cultures of India with sweetness and purity of tradition. I love this sweet show and I hope it will stream a long time on tv like Tarak Mehta Ka Oolta Chashma.