Here’s taking a look at participants over the years, who benefitted after appearing on Bigg Boss 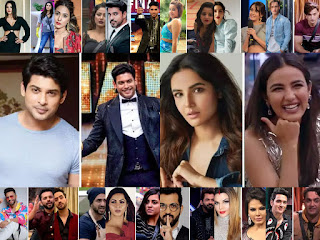 Here’s taking a look at participants over the years, who benefitted after appearing on Bigg Boss… Arshi Khan is known for her no-filter personality. And thanks to her antics, she’s been a part of the show not once, but twice! Her playfulness and ability to create fights in season 11 and 14 kept her in the news. The actress was doing Bhojpuri films, but Bigg Boss 10 gave her a platform in Hindi television. She got fame from the daily soap Nazar which ended last year. Apart from that she was also seen in a reality dance show Nach Baliye with husband Vikrant Singh. Currently she is part of the showNamak Issk Ka.